A short and rewarding 6-day Hiking Trek up Mount Meru in Tanzania. Comfortable lodge accommodation near Arusha is included on the night before and the night after the hike, and during the hike accommodation is in mountain huts along the hiking trail.

Hike to the summit of Mount Meru at 4562 metres, towering over the Tanzanian highlands and offering spectacular views of Mount Kilimanjaro in the distance. The hiking trail follows the Northern Route, passing through game lands, rainforests and open bush, as well as covering some challenging rocky terrain near the top. Mount Meru is less crowded than its better known sister peaks, Mount Kilimanjaro and Mount Kenya, and in parts more lush.

This Mount Meru Hike is an ideal add on to Wildlife Safaris in Tanzania.

At 4566 metres tall, Mount Meru is one of the highest mountains in Africa and the second highest in Tanzania, after Kilimanjaro. This conical volcanoe last erupted more than a century ago. Some 250 000 years ago, a massive volcanic explosion blew away the entire eastern side of the mountain giving Mount Meru its distinctive form.

Hike through an enchanting diversity of habitats, changing zones within a few hours

Less crowded than more commercial climbs and famous peaks, such as Kilimanjaro

Spectacular views of Mount Kilimanjaro and the Tanzanian Highlands

Home to some 400 bird species and herds of elephant and buffalo, as well as leopard, giraffe, baboon,warthog and monkey

Climbers regularly sight large game along this incredibly scenic hike, including elephants, buffalos and sometimes even leopards, along with various other animals and birds.

Our guide will meet you at the Kilimanjaro airport, just outside Arusha city. And check in Mount Meru Hotel

Explore the lush gardens and take a swim in the pool and later you will have a meeting with your tour leader for a discussion to help you prepare for your Mount Meru trekking, and enjoy dinner at the Hotel’s restaurant

On day two we head to Arusha National Park in the morning, to begin our trek up Mount Meru.

At the entrance gate of Arusha National Park, your guide will complete the necessary paperworkand a trekking team of local porters will join you here, and then we continue to the nearby Momella Gate.

For the first scenic leg of the hike an armed park ranger accompanies us through game territory, helping to spot any roaming giraffes and buffalos in the area. From there we hike into acacia forest, following the Southern Route up the slopes. A steady two-hour long climb brings us to Maio Falls and lovely pastures where we enjoy a picnic.

From the falls we hike to the ‘Arched Fig Tree’ a well-known attraction that your ranger tells us more about. Learn how the tree formed its arched shape, framing our path.

In the morning, we continue our hike up Meru, following some wooden steps up a steep track.

As we climb higher up, temperatures drop making for easier climbing in the cooler conditions. The lush rainforests we walk through are full of life and often shrouded in low hanging clouds creating a mercurial and mysterious atmosphere.

After about two more hours of hiking, the ‘MgongowaTembo’ (Elephant Back) view point is reached. Here we stop to admire the scenery and take a well-deserved rest, at an altitude of around 3200 metres. On the next stretch of the hike we make the transition from rainforest vegetation into more open bush, reaching our overnight stop, Saddle Hut at midday. Arriving at our next hiking hut, located at 3550 meters above sea level, we take a break and have lunch.

In the afternoon, you can take an optional one and a half hour walk to Little Meru at 3820 metres. The Little Meru peak offers fantastic views of Mount Kilimanjaro some 80 kilometres away, as well as over Arusha National Park.

Returning to the hut from the optional walk, a warm dinner awaits, followed by one last briefing to prepare for the summit climb on day four.

Day four of this Mount Meru Hike starts in the early hours of the day, way before sunrise. We wake up for tea and biscuits, before setting off for the summit by torchlight at two in the morning!

The hiking trail becomes more challenging as it takes us through the bush to Rhino Point, at 3821 metres above sea level. We walk across solidified lava ash and rocky ground, as we make our way up the northern ridge to the summit of Mount Meru. This stretch of the hike involves some climbing passages, requiring a stomach for heights and sure-footedness.

About four to five hours later the Tanzanian flag comes into sight, signalling that we have reached the summit!

We make it to the top of Mount Meru in time to watch the sunrise over the majestic Mt Kilimanjaro, watching the landscapes light up below. Enjoy spectacular views over the Tanzanian highlands and the steep-sided crater of Mount Meru, with its “Ash Cone” centre.

After basking in our achievement at summit and taking in the breathtaking vistas, we begin our descent to the Saddle Hut, along the same path. Back at 3550 metres we take an extended break to regain energy and have some refreshing hot soup and tea served at Saddle Hut.

Then we continue with the descent refreshed and ready for the next stretch of our hike. In the early hours of the afternoon, we reach the Miriakamba Hut, back at 2500 metres.

Unwind and put your tired feet up, reveling in the satisfaction of having reached the Mount Meru summit earlier in the day. We have dinner and get a well-earned night of rest at Miriakamba Hut.

Rise and shine for breakfast on day five, before we hike back along the Northern Route to our starting point at Momella Gate

The final stretch of the descent takes two to three hours, passing through game viewing land. Keep a look out for wildlife, including elephants, buffalos, giraffes, and black and white columbus monkeys, as we cover the final leg of our hike.

Reaching the gate, we say goodbye to the team of local porters and depart from Arusha National Park. A short drive brings us back to the back Arusha, where we celebrate our summit of Mount Meru

Today the invigorating Mount Meru Hiking Tour ends, after breakfast at the lodge near Arusha.

This hike is not advised during the rainy season (April to May), and as such does not operate during these months. In the event of adverse weather conditions (heavy rains, dense fog and icy ground cover) the park ranger may cancel the climb to the summit. 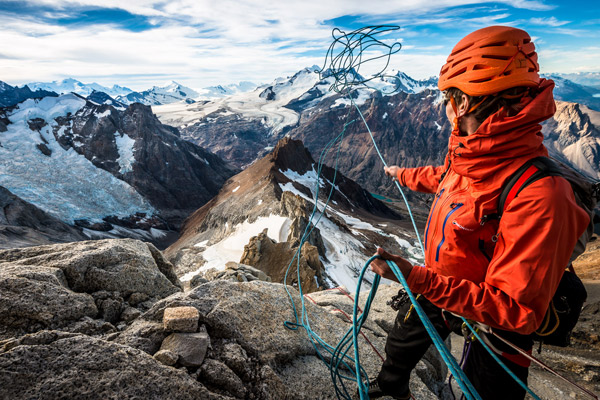 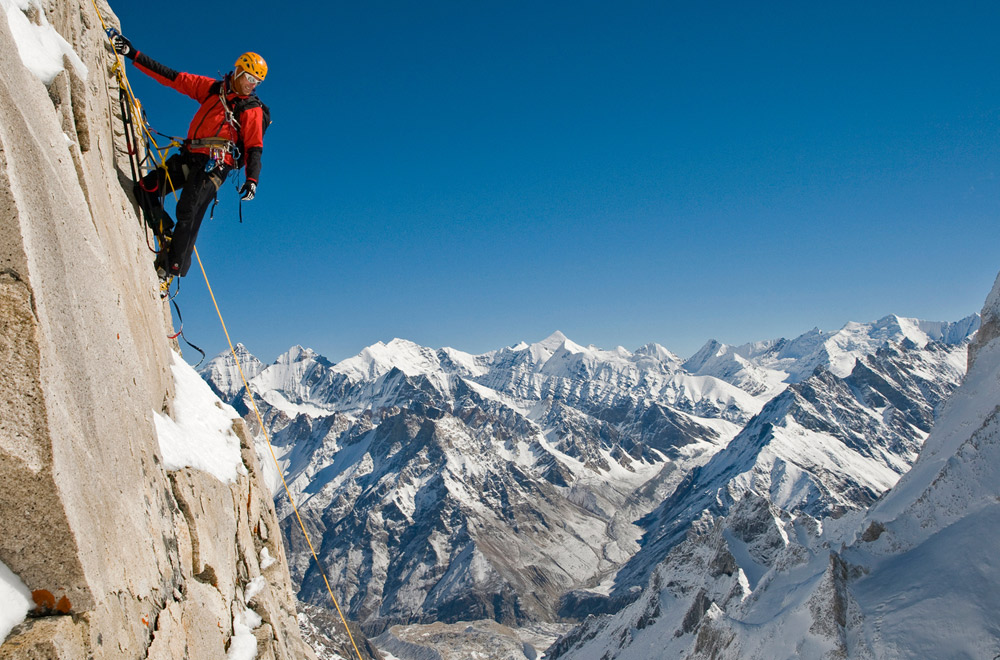 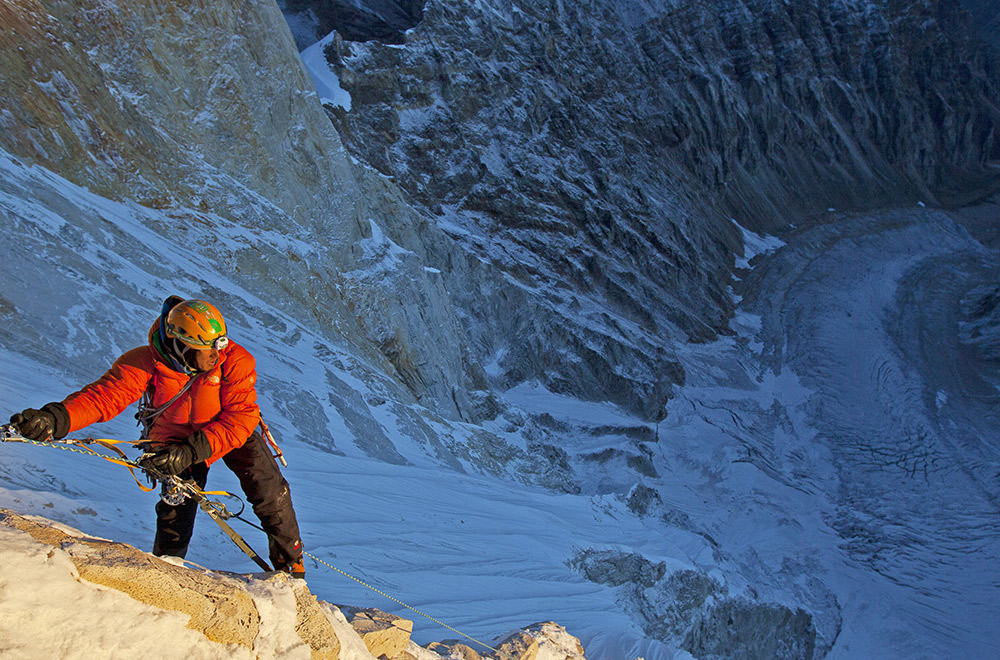 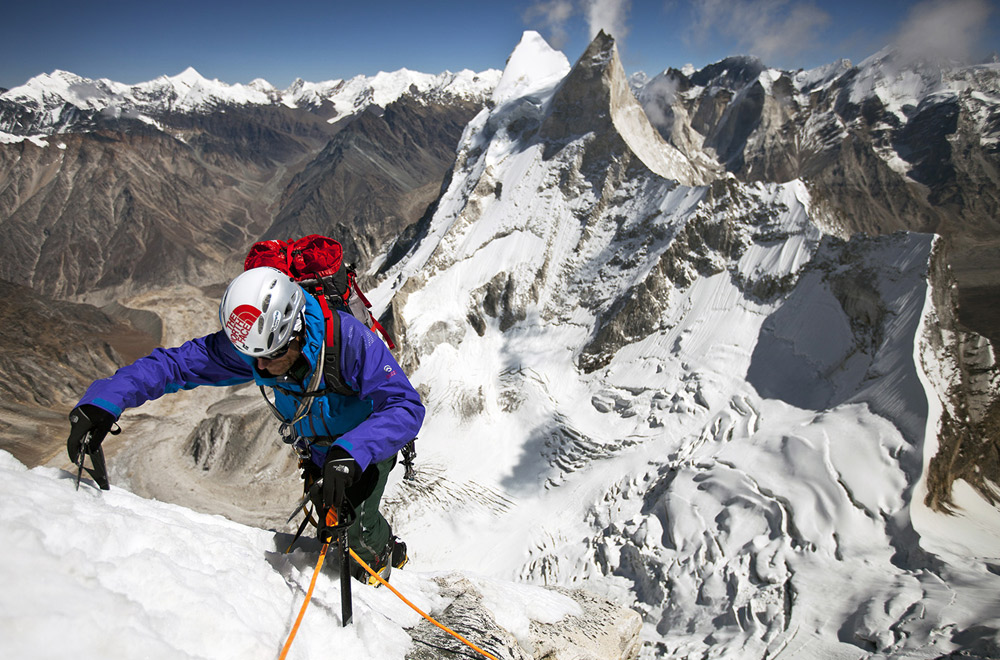 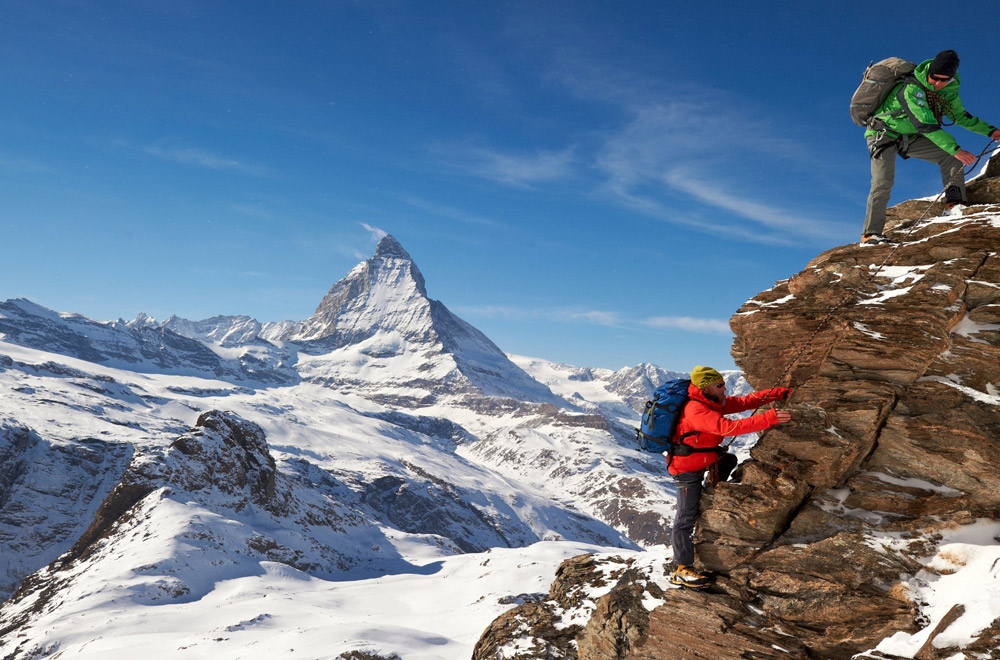 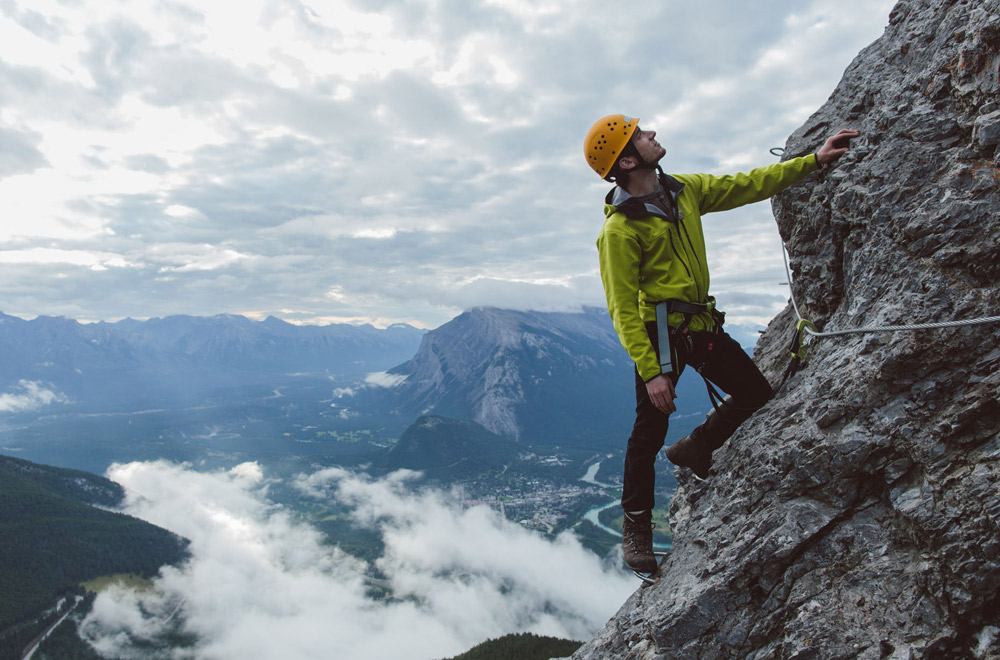 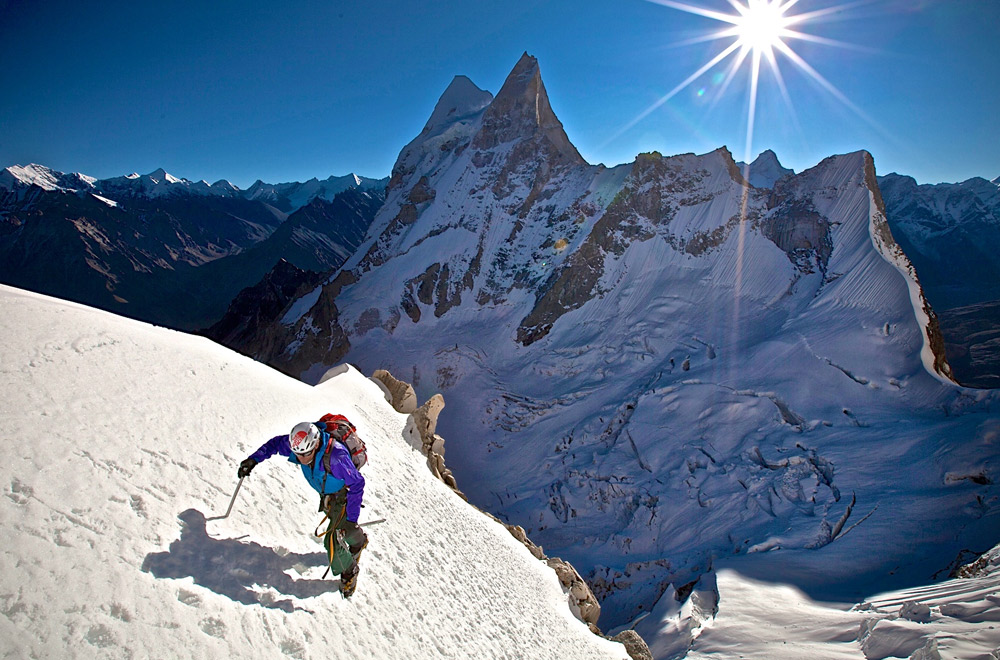 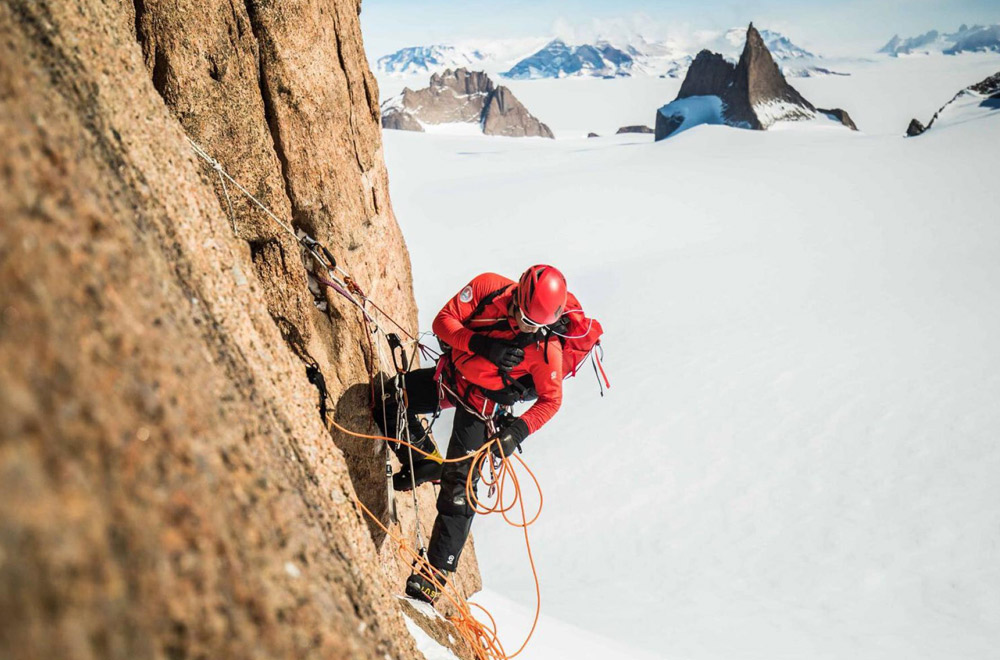 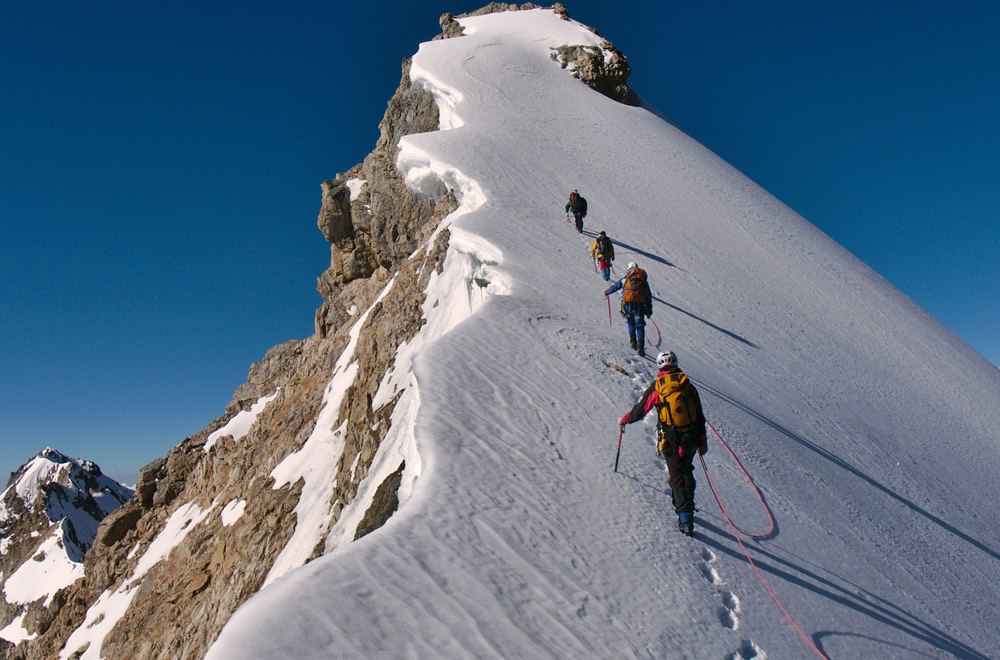